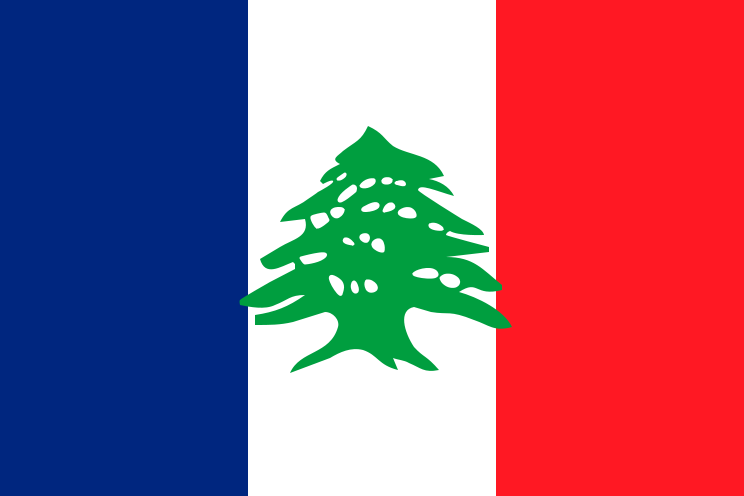 When it comes to localizing foreign stuff, often moving it up one notch, or even twisting it beyond recognition, the Lebanese are masters of the trade. And this has always been the case since time immemorial.

As far back as the Phoenician era, not only they embraced Egyptian hieroglyphs, but revolutionized them into the modern alphabet, wowing the almighty ancient Greeks themselves. Further on, Roman values and architecture were locally embraced too, and it is small wonder that the world’s greatest Roman temple is in Baalbek, while Beirut hosted one of the three prestigious law schools of the Empire.

In Ottoman times, the local uptake of Turkish words and delicacies was rampant. No one is even aware today that terms like Ouda, Shanta, Sofra, and Tanjara are turkish. Ottoman Food items such as Halewe (Halva), coffee (Kahve), “arabic” bread (Ekmek), Berghoul (Bulgur), Baklava, Kafta (Kofte) etc. have too become part and parcel of Lebanese pantries.

French language, the object of a long-standing love affair with a significant part of the Lebanese people, since 1250, is no exception. French loanwords pertaining to fashion, cosmetics, hairdressing, medicine, arts, sciences, motor vehicles etc, have seamlessly integrated our dialect since as long as we can remember.

After the French presence parted ways with the Lebanese reality in 1946, the teaching and usage of the language of Molière proceeded, but it somewhat remained stuck in time, in its highly literary and formal form. A local linguistic mutant strain hence emerged: The Franco-libanais. Meanwhile, French took a modern path back in its native land, in the manner of all living languages, making many Franco-Libanais words, obsolete or at least “out of sync”.

Any person who was privately schooled in Lebanon then went to France, or interacted with French people at a later stage, would have inevitably faced such situations where things called a given way in Franco-libanais turned out to have a totally or partially different meaning in modern French.

Those are either corrupted terms, nouns adapted to fit local realities, loanwords that were originally correct but have come to bear a different meaning, or dated words that fell out of usage. As follows some samples of such words. 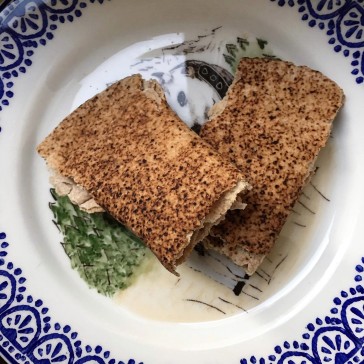 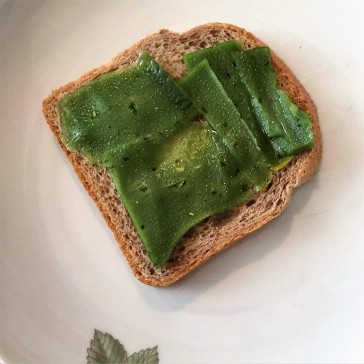 Order a Tartine in France, and you will find out it doesn’t look anything like your cherished “3arouss” pita wrap, or even the “Franji” baguette-style sandwich you grew up to believe it was. The real “Tartine” is an open-faced sandwich that consists of a single slice of bread with one or more food items on top. A far cry from the stuff your mom, granny and/or aunt always tried to force-feed you with. 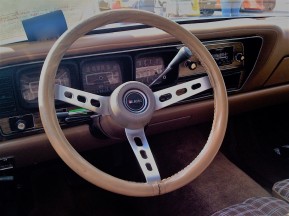 “L direction” as per the Lebanese understanting

Direction in French is to indicate the course of a route

The automotive jargon in Lebanon is almost exclusively French-inspired. While most words of that lexicon were phonetically twisted beyond recognition (i.e. Echkman for Tuyau d’échappement, Douberiage for Débrayage, Fremet for Freins, Amotosseur for Amortisseur…), the only word that comes out intact (or almost) is Direction, for Steering wheel. Disappointingly though, the right word in French for steering wheel is Volant.

3- Abat-Jour is NOT a Window Blind 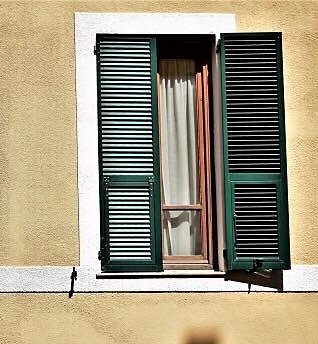 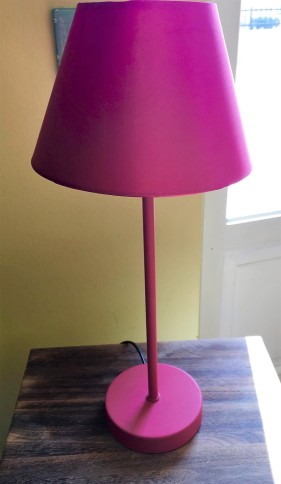 The exclusive Lebanese word for Blinds or Shutters is Abat-jour. It has even a plural: Abat-jourat. In France and most countries, however, the word stands to mean Lampshade. To the Lebanese people’s credit, the etymological basis of the word (a device for deflecting daylight as it enters a window), is closer to their definition. Still, using it in that sense would not be understood France, where Volet or Persienne are the words employed to indicate window blinds. Sorry 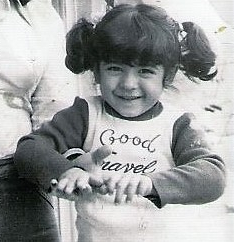 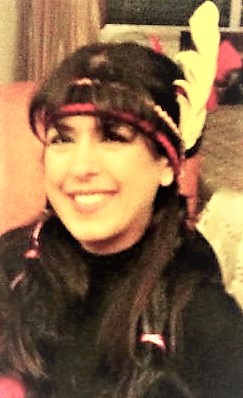 The popular twintails or double bunches hairdo for little girls, is almost solely (and wrongly) referred to in Lebanon as Deux Nattes. “Nattes” however are braided strands of hair or plaits, while twintails are “Couettes”. Hence, the correct term is Deux Couettes and not Deux Nattes. Compris? (Yeah, that’s me in both pics sporting a deux couettes hairdo to the left and a real deux nattes to the right. Pocahontas eat your heart out!)

4- Autostrade is the Road to Nowhere 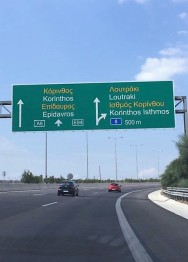 Autostrade (Derivative of Italian Autostrada meaning The road for motor vehicles) might have been used in French a zillion years ago. Now the used term is Autoroute. And in any case, that chaotic, laneless, signless, unlit, badly designed thing we call Autostrade in Lebanon, can be considered a dual carriageway, at best. Highways (Autoroutes) are still light years away. 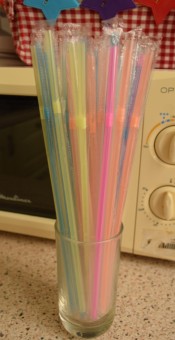 The “Chalumeau” according to the Lebanese 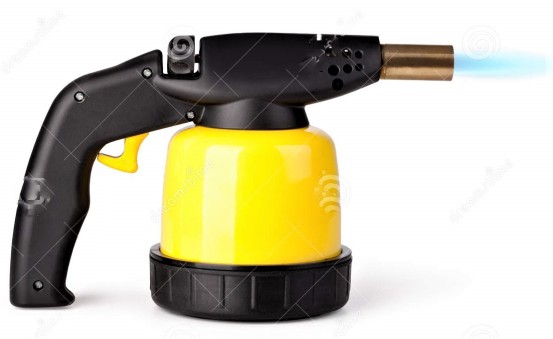 The actual Chalumeau in France

One embarrassing situation I went through lately was at a food and beverage outlet in south of France. I ordered a beverage and smugly asked for a “Chalumeau”, the Franco-libanais word for “drinking straw”. The waiter shot me a puzzled “Pardon?” Thankfully my built-in thesaurus, honed by years of reading, translating and observing, immediately came into action, helping me redeem myself with a: “Paille! Je voudrais une paille”. Yes dear fellow countrymen, Chalumeau (and its derivative Chalimoneh) means in France a blowtorch, and in second place a clarinet. Refraining from using it in restaurants and the like is highly advisable.

6- Chalet is Not Where the Beach is

The Lebanese vision of a chalet complex 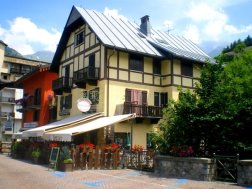 While the word “Chalet” in Lebanon means in 90% of the cases “a small cabin or house used by holidaymakers, within a holiday complex”, located by the seaside, or equipped with one or more swimming pools, “Chalet” in French is something totally different. It is indeed a wooden house built in Alp style exclusively located in the mountains. So next time you invite some European or French friends to your beach chalet for summer, make it clear what you mean by Chalet. Otherwise they might pop up with hiking rods and plaids instead of the expected swimsuits and flipflops.

This site uses Akismet to reduce spam. Learn how your comment data is processed.

A translator by profession but mostly by passion, with a keen interest in etymology, linguistics and language. Lebanese by birth, citizen of the world, a housewife, and a proud mom.

Glimpses From the Homeland

Glimpses from the homeland